The minister of power Engr. Sale Mamman said he is repositioning the power sector towards a holistic realignment for the effective delivery of electricity.

The minister stated this during a virtual meeting with the African Development Bank on Thursday.

The meeting which updated the Bank with the progress recorded in the Power sector also discussed ways for further engagement to develop an enabling platform for better service delivery.

The minister said that the Power Sector is in the process of undergoing long term structural market reforms and has gone through the first phase of privatization, in the hope of unlocking investments and improving service delivery.

This he added, was the case when this administration took the leadership of the country as well as when he took the oath of office, late last year.

Unfortunately, this he added has not delivered the benefits envisaged as the sector is struggling with a number of challenges namely: market inefficiency; infrastructure misalignment; coordination of issues; as well as contract ineffectiveness.

“This led to the articulation of my roadmap that specified 5 key areas of focus in order to take corrective steps and reposition the sector on to a path of sustained growth”, the minister added.

He highlighted that the central root issues responsible for the situation in the sector are on: the infrastructural deficit, lack of coordination, and contract ineffectiveness.

This is why the Government’s efforts have largely focused on these three critical issues as we believed resolving them will undoubtedly offset the challenges within the sector.

Speaking on the siemens power project, he told the bank that the Federal Government is in the process of implementing the Nigerian Power Sector Roadmap as a high-level presidential intervention that seeks to address the key challenge of infrastructure misalignment within the value chain of the power sector.

The deal aims to systematically increase end to end capacity of the bulk power system, from generation to last-mile delivery.
Additionally, we are very much committed and have commenced the implementation of the Transmission Rehabilitation and Rehabilitation Programme (TREP) funded by your esteem Bank. Our objective under the program is to make the network more robust, flexible, and meet redundancy criteria.

“The TREP as you are aware is divided into two stages, namely, TREP 1 and 2. Under TREP 1 we are already working on constructing 330kV Double Circuit lines in various locations. We hope to expend 210 million dollars on the phase.
$200 Million is earmark for phase 2; however, this is yet to be negotiated with the Bank.

Under phase 2, we intend to undertake the expansion of transmission networks in the North-East geopolitical zone which has the worst transmission infrastructures and development index in Nigeria”.

Speaking at the meeting AfDB Nigeria country representative Ebrima Faal commended the minister of power for the reorganization of the power sector describing the move as highly encouraging.

He said the bank is poised to provide more strategic engagement to address the deficit in the power sector. 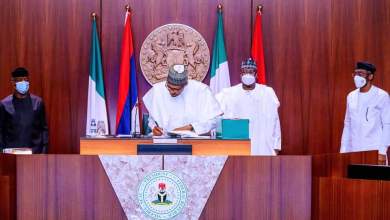 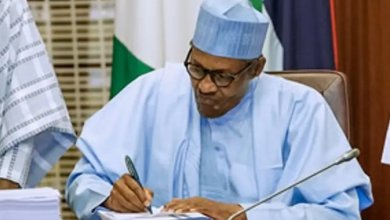 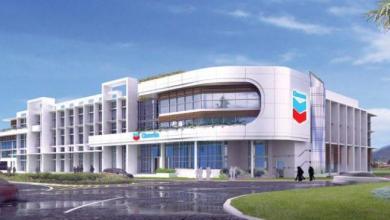