By Anthony Osae-Brown and Tope Alake

Nigerian President Muhammadu Buhari is due to complete his second and final four-year term in 2023 and the battle over who will succeed him is already heating up, placing further pressure on an already strained economy.

Buhari has thus far shied away from endorsing his deputy, Yemi Osinbajo, for the position, twice slighting him by opting not to transfer power to him while traveling abroad. That may diminish his chances of securing the top job.

The front-runners for the post include Bola Ahmed Tinubu, a senior leader of the ruling All Progressives Congress, and Atiku Abubakar, who stood as the main opposition Peoples Democratic Party’s presidential candidate in 2019.

“The year 2020 will be a year of limited governance and more focus on politicking as various groups within the ruling APC will try and position themselves in anticipation of the 2023 elections,” said Cheta Nwanze, head of research at Lagos-based SBM Intelligence. “We expect that the president’s close allies will fall out with one another in 2020.”

The wrangling is but one of the challenges confronting Africa’s largest oil producer. Below are some of the other key issues:

The government will need to fund its 10.6 trillion naira ($29 billion) spending plans at a time when economic growth is faltering. Revenue has fallen short of target by at least 45% every year since 2015 and shortfalls have been funded through increased borrowing. In its latest credit report on the country, Moody’s Investors Service warned that the state is likely to take on even more debt and the budget deficit is set to widen further.

“One of our concerns is the authorities seeking central bank financing to fund part of the deficit,” Yvonne Mhango, an economist at Renaissance Capital, said in an emailed response to questions. “That would add to inflationary pressures.”

Inflation reached a 19-month high in November and increases in the minimum wage and power tariffs are adding to price pressures. The west African country has also shut its land borders since August to stem smuggling of items like rice and frozen products, causing food prices to rise by 15% from a year earlier.

The risk that the naira will have to be devalued is mounting. The central bank has sought to maintain high yields as an incentive to foreigners to invest in debt denominated in the local currency, attracting large dollar inflows in the process.

While the naira remained relatively stable in 2019, the country’s external reserves are down to a year-low of $38 billion. Yields on naira-denominated debt dropped to an average of 13% at the end of last year, from a peak of 18% in 2017, diminishing their attractiveness to fund managers who are concerned about a possible currency weakness.

“The Central Bank of Nigeria’s de-facto naira peg will likely continue to be under pressure in the near term due to widening imbalance in the current account, which has increased external financing needs amid weaker portfolio inflows,” Omotola Abimbola, an analyst with Lagos-based Chapel Hill Denham Securities Ltd., said by email. “We believe the CBN may be forced to review the market structure in the second half of 2020 to address investor concern.”

Banks in Africa’s most populous nation ramped up lending in response to pressure from the central bank to raise their minimum loan-to-deposit ratios to 65% by the end of last year, increasing the risk of defaults. And the problem could get even worse if the regulator follows through with plans to increase the minimum ratio requirement to 70%, Abimbola said.

A high proportion of loans have already been restructured, masking the real levels of problematic debt within the banking system, according to Moody’s.

— With assistance by Rene Vollgraaff 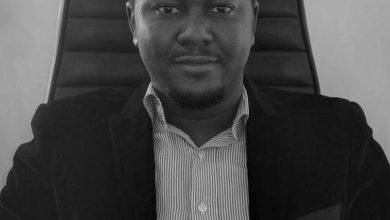 Who deserves the anguish?