People from poorer nations will probably be unable to get a COVID-19 vaccines this year because the world’s richest countries have bought one billion more doses than their citizens need, a new study has found, as G7 leaders indicated a willingness to share their excess doses ahead of a meeting on Friday.

“This huge vaccine excess is the embodiment of vaccine nationalism, with countries prioritising their own vaccination needs at the expense of other countries and the global recovery,” said ONE, a group that campaigns against poverty.

ONE’s policy team added “a massive course correction” in distribution was needed if the world wanted to protect and save lives as the death toll from the pandemic approaches 2.5 million.

UN Secretary-General Antonio Guterres’ said on Wednesday that just 10 countries had so far administered 75 percent of all vaccinations, describing it as “wildly uneven and unfair”.

“At this critical moment, vaccine equity is the biggest moral test before the global community,” he said, adding that a meeting later on Friday of the G7 top industrialised nations “can create the momentum” to address the inequality.

There are indications that the G7 is listening with the leaders of France, the UK and the United States all suggesting they will make concessions on vaccines during the virtual meeting, which is being hosted by the UK .

French President Emmanuel Macron has called for Europe and the United States to commit between 3 and 5 percent of their vaccine supply to developing countries.

“It’s an unprecedented acceleration of global inequality and it’s politically unsustainable too because it’s paving the way for a war of influence over vaccines,” Macron told the Financial Times newspaper in a video link interview on Thursday.

Macron said that German Chancellor Angela Merkel has also agreed that the decision to share part of Europe’s vaccine stockpile should be a concerted effort.

British Prime Minister Boris Johnson said he was also prepared to give away hundreds of millions of spare vaccine doses to the developing world, once all adults in the UK have been inoculated.

The report in the UK’s Times newspaper said that up to 80 percent of the surplus doses will go to global vaccine alliance, COVAX, which was set up to distribute COVID-19 medications to lower-income nations.

The process is expected to start at the earliest on March 1.

Meanwhile, US President Joe Biden is expected to pledge $4bn to the COVAX programme.

According to the World Health Organization, the facility needs $5bn this year alone to be able to distribute vaccines for at least the most vulnerable 20 percent of the population in poor countries.

The Biden administration has not revealed whether it would be willing to share its COVID-19 vaccine stockpile. Currently, the US has cornered 600 million doses from the drugmakers, enough to cover its entire population under the two-shot vaccine regimens.

The timeline of the European and US commitments remain unclear, leaving the possibility that many people worldwide would still not be able to get the vaccine this year.

But as the ONE study said, wealthy nations “will not be doing any favours for their own citizens” if they continue to hoard the vaccines.

“If the virus can thrive in any part of the world, the risk of new variants increases and it is only a matter of time before strains emerge that undermine the vaccines and tools that have been developed to fight COVID-19,” the report said.

Such concerns prompted Mexico to the issue of distribution at the UN Security Council earlier this week.

Mexican President Andres Manuel Lopez Obrador said his government would like to see the UN address vaccine hoarding and equity so that “all countries have the possibility of vaccinating their inhabitants.”

Russia and China have already started shipping tens of thousands of doses of their COVID-19 vaccines to other developing and underdeveloped countries.

According to Johns Hopkins University’s COVID-19 tracker, more than 110 million people around the world have been diagnosed with COVID-19 and more than 62 million have recovered. 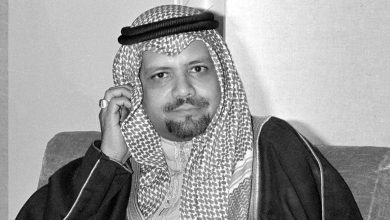