In our series of letters from African journalists, Ismail Einashe discovers how Nigerian women are standing up to traffickers in Italy.

In the mountains of Sicily a Nigerian woman is leading a battle to help rescue women like herself from a life of forced sex work.

Osas Egbon opened up a shelter for these victims of trafficking on the Italian island in January – the first of its kind created by and for Nigerian women.

She currently has four women in their 20s, one with a baby – and hopes by the end of the year two more will join them.

On a hot September afternoon I drove up to see the shelter in a sleepy village – far away from the island’s capital, Palermo, so the women can be hidden away from those they are escaping.

It is a typical Sicilian village house with a large kitchen, a terrace with views out on to the verdant hills. The women each have their own rooms but share a kitchen and bathroom.

She was given the use of the property by an Italian friend.

Many Italians want to help Nigerian women, she says, but the trouble is that in a time of increasing anti-migrant sentiments, some other Italians do not want them to do so.

I first met Ms Egbon in 2018, three years after she and other Nigerian women had set up the organisation Women of Benin City.

It supports female victims of trafficking in Sicily – the majority of whom come from Nigeria’s Edo state, the capital of which is Benin City.

Ms Egbon was trafficked 18 years ago from her home there to work in forced prostitution.

She managed to pay off her traffickers – and now lives happily with her family in Palermo but she has a steely determination to stop others having to go through the same experience.

She and her friends were prompted to act after the horrific murders in late 2011 and early 2012 of two young Nigerian women.

The murders shocked people in Sicily and put a spotlight on the harrowing experiences Nigerian women face in forced prostitution.

Such trafficking is not new but the numbers since the so-called migrant crisis began in 2015 have doubled.

According to the International Organization for Migration (IOM), in 2016 of the 11,000 Nigerian women registered as landing in Sicily, 80% were trafficked with most ending up in forced prostitution.

After the women arrive, they must start paying their debts back to their traffickers – which can be up to $35,000 (£27,000) – through forced sex work, often leaving them in debt bondage.

In Palermo the women usually end up in the multicultural neighbourhood of Ballarò, where they are forced to work in what are called “connection houses” managed by “mamas”, or they work on the streets. 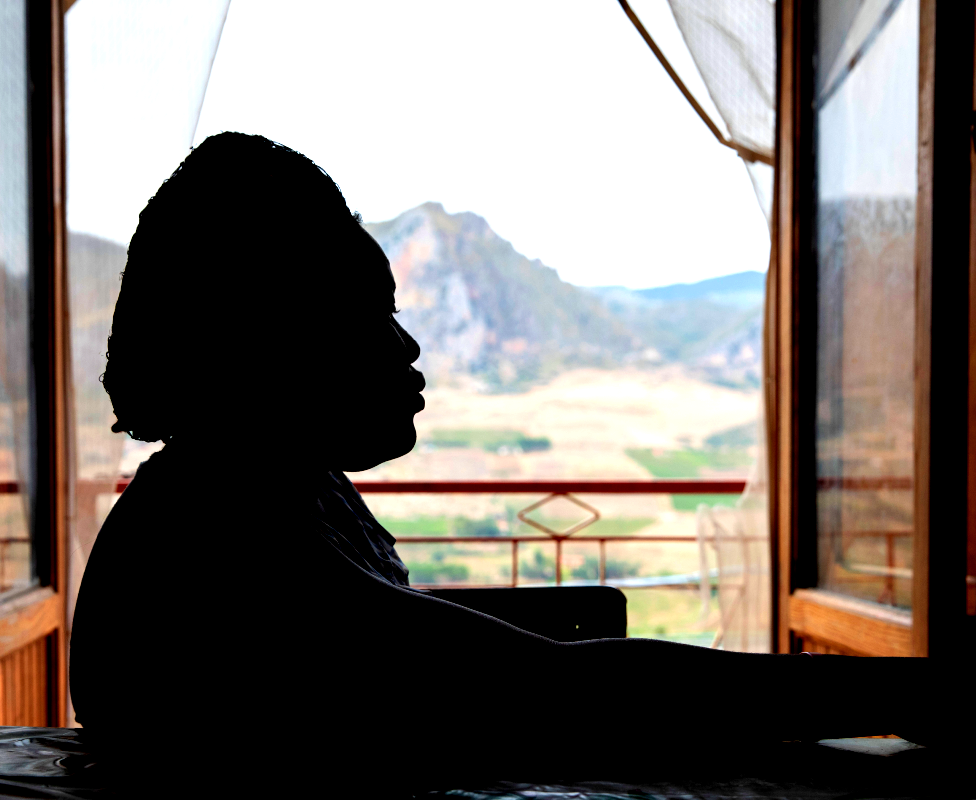 Before arriving in Italy the women are forced to swear juju oaths – a ritual ceremony overseen by spiritual priests where they promise never to denounce their traffickers to the police, to obey their “mamas” and to fully pay their debts.

The traffickers prey on the women’s spiritual beliefs so they become too afraid to speak up, fearing if they do so harm will come to them or loved ones back home.

For Ms Egbon these oaths are the biggest obstacle to freeing women from the trafficking gangs and a life of exploitation.

Two years ago she and her colleagues were greatly helped in their efforts by the Oba of Benin City, an influential Nigerian traditional leader, when he placed a curse on the traffickers – turning the tables on them.

At the time there were posters in Palermo announcing the news.

Since then Ms Egbon says it has become easier to gain the trust of the women and she has been able to help free many of them.

The volunteers there understand the sexual relationships the women form with the traffickers, which also become a means of preventing their escape.

At the shelter, Ms Egbon says she wants to empower the women by giving them access to education – Italian classes and training that may help them get jobs.

She allows the women to stay in the shelter for one year so that they can recover from their traumatic experiences and prepare for their futures.

For Ms Egbon, who has become part-aunty, part-councillor, part-sister to the women, the shelter is a dream come true.

But to keep it open will be hard as she runs on a voluntary basis from donations.

Members of the Nigerian community in Palermo have stepped in to pool their resources together to give what little they can. And churches also play a role in raising money.

From my afternoon at the secret shelter, it was clear the women there felt safe and happy – recovering well from their trauma.

They sat braiding each other’s hair as they listened to Ms Egbon – and looking forward to the dinner to be made from goat’s meat I had brought on special request from Palermo.