McLaren unveiled the Artura on Tuesday, a new hybrid supercar that is, relatively speaking, much more affordable than the British company’s previous hybrid models.

McLaren’s other hybrid cars have been limited production hypercars, like the $2 million Speedtail and the $1 million P1. With a price tag of $225,000 in the US, the Artura is the first of McLaren’s relatively mainstream supercars to have hybrid power.

Up until now, McLaren’s more accessible models, like the 720S and relatively entry-level 570GT, have been powered by turbocharged V8 engines. The Artura has a 577 horsepower turbocharged V6, instead, with an electric motor providing the rest of the car’s 671 total horsepower.

The Artura, which will go into production in the fall, is a plugin hybrid. It can operate like other hybrid cars, storing up energy from the engine and from braking, but it can also be plugged in to charge. With fully charged batteries, the Artura can travel up to about 19 miles on electricity alone before the car’s gasoline engine needs to turn on. With power from both the gasoline engine and electric motor it can accelerate from a stop to 60 miles an hour in three seconds, according to McLaren.

The Artura’s Pirelli tires have computer chips embedded in them that can relay information, such as tire pressure and temperature. Because the sensors are within the tires themselves, information about tire pressures is more accurate and more immediate than other monitoring systems. When driving on a race track, the driver can be alerted when the tires’ temperature has reached the ideal level for maximum grip and also when the tires need to be allowed to cool down. A driver can also be warned when the car is exceeding the tires’ maximum speed rating. This is the first time Pirelli’s Cyber Tire has been offered as standard equipment on a car.

The Artura has an eight-speed automatic transmission which doesn’t have a reverse gear. Instead, when the driver shifts into reverse, the electric motor simply spins backward to move the car. When driving, the electric motor also provides power during gear shifts for smoother acceleration.

McLaren previously unveiled the basic engineering that underpins this car, and which will form the basis of future McLaren supercars over the next few years. By about 2025, the company plans for most of its models to be hybrids.

With the Artura, engineers emphasized weight reduction even more than usual to make up for the added mass of its heavy lithium batteries. The V6 engine in the Artura, for instance, weighs 110 pounds less than the V8 engines used in McLaren’s other sports cars. Overall, the Artura weighs about 3,300 pounds, which is a little more than one of McLaren’s non-hybrid sports cars, like the 720S.

In offering a hybrid among its regular production models, McLaren joins Ferrari, which offers the SF90 Stradale, a 986 horsepower hybrid with a starting price of about $500,000. Lamborghini, another McLaren competitor, has not announced any plans for a regular production hybrid supercar. (CNN)

WhatsApp to switch off messages for all who reject new terms 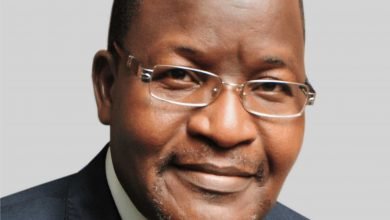