Over the last three months, Nigerians have been inundated by numerous media publications by Mathew Hassan Kukah, the Bishop of Sokoto Diocese. At the last count, one can recall reading at least 6 or 7 articles associated with the Bishop.

As it is, Nigerians are becoming used to the new reality that almost every week Bishop Kukah will be in the news, making provocative remarks which are all aimed at seeking national attention, and capable of igniting an already tense political climate.

In one breath, we hear the attention-seeking Bishop “donating Ramadan gifts to Sokoto Muslims and a 30- room hotel as COVID 19 isolation centre to Sokoto State Government”.

In another breath, we are confronted with his interviews referring to “political thieves from the North as more foolish than those from the South”, his general remarks about Northern Muslims perpetrating “domination and an allegation of persecution of Christians in Nigeria.

The sum total of what Kukah is doing is to create religious cleavages and tension deliberately, while articulating the well beaten Islamophobia that has an objective of seeking funds from his multitude of international NGO patrons.

This kind of provocation is rooted in the erroneous beliefs that as usual, Northern elites will hide their heads in the sands and that this too will blow over and soon be forgotten. We want to therefore remind the Bishop that he cannot ride roughshod on the religion of Islam, on our institutions, and on our collective way of life.

When I read the Bishop’s “gifts” for Ramadan and of an isolation centre (which by the way were done purposely for media coverage), my mind went immediately to his ancestral home of Ancholu Village, the major centre of his Ikulu tribe of Zangon Kataf Local Government of Southern Kaduna. This is an area that is literally the most backward part of Kaduna, one of the darkest shadows in Nigeria, that cannot boast a single hospital to cater for its inhabitants.

On the principle that charity begins at home, I was of the view that the Bishop would have done so much in uplifting the people of his area to justify focusing all his attention and interest in Sokoto while his area is lacking in basic services and commercial activities, losing the benefits that typically follow diversity and openness.

To compound matters, One would have expected a clergy of the “stature” of Mathew Kukah to focus on improving the standard of living of his own people. Yet, purely for reasons of attention seeking and his deep-seated motive of divisiveness, he is showering “gifts” on Sokoto Muslims. What a misplacement of priorities.

The Ikulu born Bishop also spoke about Nigeria being full of political thieves, and went further to state that “the thieves who steal from other parts of the country behave in a much better way than the thieves from Northern Nigeria.

But everybody who steals, you can see evidence that most of the thieves in Nigeria have either built clinics, they have tarred roads, have given children scholarships, built schools and have done all kinds of things.

But you cannot find in Northern Nigeria any evidence of a thief who served in Abuja.” It is indeed very depressing that a clergyman, a man of God, can justify stealing under any guise.

My thoughts are that genuine men of God will take a moral and religious higher ground and condemn stealing in all its ramifications, notwithstanding how the proceeds are utilized.

So much for “a leading social and civil rights crusader and defender of the downtrodden” as he described himself in a recent ARISE TV interview!!! May be the Bishop has forgotten one of the 10 commandments, “thou shall not steal”.

While it is easy to insult other Northerners for not using stolen monies to develop their own areas, does our Bishop remember the story of a former GMD of NNPC, who is from Southern Kaduna, who was caught with $9 million cash (equivalent of N3.64 billion) stashed away in a warehouse near Anguwan Sunday in Kaduna South, after a tip off by a whistleblower?

Was that money meant for the development of Southern Kaduna? His cry of domination is lame and he is advised to look inwards and answer the question why are people who are given huge opportunities from his area not development oriented?

Even looking at him as an individual, one can say with clear conviction that he is a child of patronage from the same Northern Muslim Elite he is castigating.

Remember the small matter of N50million given to Kukah Centre (his personal entity that does not have any corporate governance structures) by the Central Bank of Nigeria (a public institution using public funds) during the tenure of a “Northern Muslim Elite” as Governor?

This is not to mention the array of land allocations given to him in choice locations in Sokoto paying almost nothing, thereby depriving our State indigenes of resources meant for development.

He even alluded in one of his write ups, that when he resumed as Bishop of Sokoto Diocese, Governor Wamakko and other prominent indigenes told him Sokoto is his home.

For emphasis, his cry of marginalization is a ploy to ask for more, while that of persecution is purely imaginary. It is very perplexing that someone who has been living not out of tangible productivity but purely and squarely from patronage can accuse anyone of domination, or for that matter, persecution.

Finally, regarding Kukah’s heaping blame on the current Almajiri situation squarely on Northern elite, from reading the text, the tone and the context of his interview, one can say that his primary motive is not to bring to public attention the plight of Northern Almajirai. The venom with which he delivered his presentation was purely to paint Islam in a negative light.

Hear him “the Mallam and his Almajiri have deteriorated to the status of the scum of the earth…. and are left in the cave of ignorance.” These words are not meant to convey any message but rather to deliver insult to the Muslim Community.

Like he himself admitted, the original concept was exemplary, but faced the challenges of career path for the Almajiri after completion of his Quranic studies, thereby denying him a future. I will be among those to admit the system has brought about enormous challenges.

But the Almajiri concept, in its original form was designed such that parents that present children to Almajiri schools were supposed to contribute to the upkeep of their wards. So, clearly there is parental failure in the present situation we find ourselves.

Also, the original concept entailed arranging vocations to enable Almajirai develop some skills at the point of completion of their Quranic studies. Unfortunately, all these were not adhered to overtime, throwing us into the current ugly situation.

On a positive note, a number of Northern States have already embraced an integrated concept whereby Islamic schools are conjoined with Western curriculum. The idea is that the Almajiris concurrently learn both Islamic and Western curricula.

While Islamic teachings are designed to inculcate moral bearings on our wards in order to imbue them ethical values that are needed for future leaders, Western curricula are structured to provide specific skills in the areas of arts, natural and social sciences, so that our wards can have skills to eke out a living in Kukah’s “modern world”.

One notable example of one such integrated educational concept is Sultan Muhammadu Maccido’s School of Science and Quranic Studies in Sokoto. On the whole, there is a huge Almajiri problem in the North, but already concrete steps are beginning to emerge aimed at finding a lasting solution to the problem.

From our analyses of Kukah’s behavior overtime, one can say without any hesitation that Kukah is a man on a journey towards seeking undeserved relevance in our society.

The manner in which he is daily in the news will give you the impression that this man is the President of the country or a Governor of a major state presenting regular briefings on the state of affairs of the country or the state. Unfortunately, Kukah holds no such Executive office.

Therefore, all his utterances are mere rantings that are not followed by any executive action. If Kukah truly believes that he can bring about concrete change in Nigeria, he should drop his clergyman’s robe and seek the Executive political office where his performance can be assessed and properly evaluated.

But to bombard our community with his daily sermon regarding the problems of Nigeria is meaningless and pointless, because even a 20-year old adolescent knows most of the problems facing the country today. The true mark of a leader is one who has the nerve to step out of his comfort zone and jump into the arena where real tangible difference can be made.

The Kukah we know, who is accustomed to noise making from the sidelines has neither the nerve, nor the appetite nor the capacity to jump into the playing field. He remains in his comfort zone where noise making has been elevated into an art of blackmail and an avenue for insatiable fund raising. 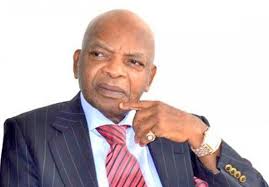 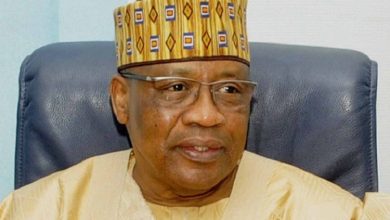 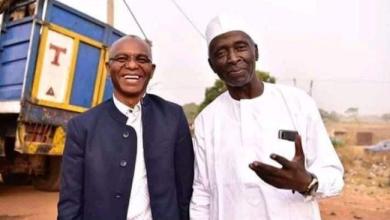 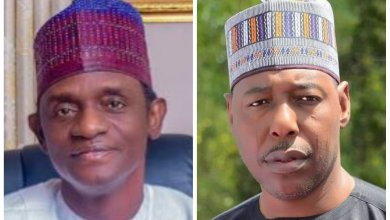