A multiple-story building has collapsed in Kano, leaving “many” people feared trapped inside, according to the local fire service.

The rescue operation is ongoing at the site on Beirut Road, the press office for Kano State’s Fire Service said.

Eight people have been rescued so far, according to Nura Abdullahi, the local coordinator for the country’s National Emergency Management Agency (NEMA). 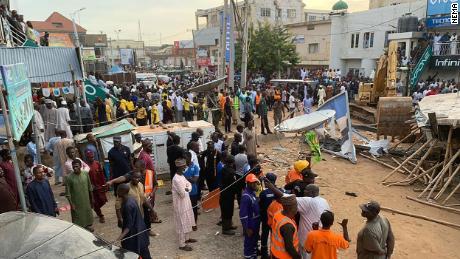 The collapsed building in Kano city was under construction. 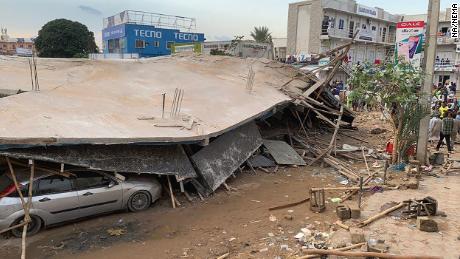 A rescue operation is ongoing to free those trapped in the collapse.

The building is located at a market, with several shops on the ground floor, he said.

“The building was under construction but the ground floor was occupied,” Abdullahi told CNN, adding that it is believed that people were shopping there when the building collapsed.

“We are not able to get a rough estimate of the number of people trapped inside,” he said. (CNN)