One sultry afternoon in the main city of the Italian island of Sicily, a Nigerian mother is intensely watching her two-year-old son play.

They are in the courtyard of a housing block they share with other African families in a run-down corner of Palermo.

The woman is content sitting on a worn plastic chair enjoying her son having fun in the sunshine while a meat stew cooks in the kitchen with heady aromas of Nigerian food wafting through the air.

But the 25-year-old is haunted by dark memories. Not so long ago, she says she came close to having her son taken away by the authorities in the shelter for migrant women and children where she once stayed.

Mary, which is not her real name, has lived in Sicily for five years after being trafficked from her home in the Niger Delta.

Like many Nigerian women, she came on the promise of a decent job, but was instead forced into sex work in Palermo.

She says women like herself who are in the immigration system in Italy live in fear of having their children taken away for fostering or adoption. Mary adds that two Nigerian friends in her shelter went through this experience.

These shelters are where mothers who are victims of trafficking usually end up.

‘Not the Italian way’

They are often operated by NGOs on behalf of the Italian government and are meant to help vulnerable mothers recover from their traumatic experiences.

But no-one knows how many children born to migrant mothers are put into fostering or adopted in Italy as this data is not collected nationally.

In September 2018, Mary gave birth to her son after several perilous years surviving in the dark underbelly of Palermo.

She fell in love with a kind young Nigerian man who made her extremely happy and she eventually became pregnant. This should have been her happy ending but instead she found herself at a shelter after giving birth.

When she got there Mary found it to be a tough place where she was in fear of losing her son.

She says staff told her she was raising him in a manner alien to Italian child-rearing customs.

They were alarmed by her so-called “African” ways of bringing up her son, such as carrying him on her back or the way she encouraged him to eat by putting food in his mouth.

In Nigeria, she told them, it was normal for mothers to bring up a child in this way.

They warned her that if she did not stop, they would inform social services and she could be at risk of losing her son to the system.

Fight over the child

In the shelter Mary says that workers did not give her the support she needed to look after her son.

Then one day in September 2019 things came to a head.

The staff were still unhappy how she was raising her son and for some reason an argument escalated.

Things got so heated that the staff grabbed her then one-year-old child while she desperately clung onto him as a tussle ensued.

She says she begged them not to take him away, screaming: “Before you take my baby, make sure you kill me.”

Her son was in tears. Eventually, the workers let him go and handed him back to her. 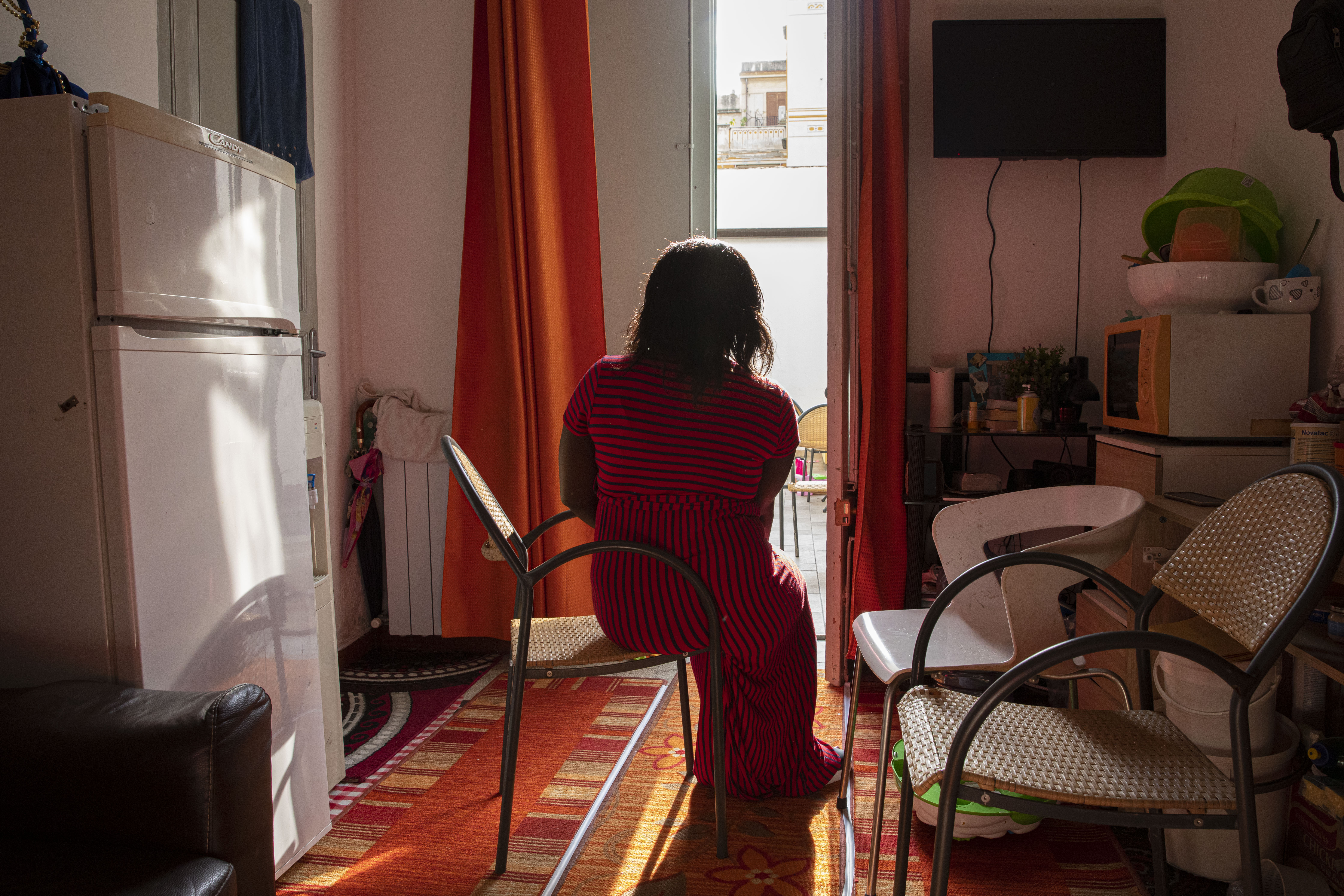 Kate Stanworth “If an African mother becomes entangled in the system it can be tough for her to challenge accusations that she is not able to look after the baby.”Ismail Einashe Journalist

She then began a quest to leave the shelter and with the help of a local NGO she was able to get out for good in November 2019.

But before she could go, she had to convince social services that she and her boyfriend could look after their son.

Her boyfriend had got himself a good job and a place to live. They bought the baby a cot and a wardrobe and after many weeks they were allowed to move in together as a family.

Back in these shelters, if workers feel a mother cannot raise a child, they sound the alarm. But this can often be down to the big cultural gulf over how to bring up the child.

If an African mother becomes entangled in the system it can be tough for her to challenge accusations that she is not able to look after the baby.

And if the drastic step is taken that a child is removed from the care of their mother then in the Italian fostering and adoption systems it can be very difficult for a mother to get information about a child or seek access.

But redress may be at hand.

In April, the European Court of Human Rights ruled that Italy had violated the rights of a Nigerian mother whose children were taken away by authorities in Rome in 2017. Her two children were adopted by two different Italian families and she was denied contact with them.

The court criticised the Italian authorities for not appreciating that the mother may have had different parenting skills owing to her Nigerian background.

And in this important ruling the court said the Italian authorities had not taken into account her vulnerability as a survivor of trafficking and ordered Italy to compensate her.

For Mary at least her ordeal has ended.

In September 2020 she got married to her boyfriend in a colourful and joyous wedding ceremony in Palermo.

She feels content to watch her son grow up next to her and she looks forward to him starting school.

Perhaps the court ruling will offer hope to other migrant mothers still in these shelters who remain nervous about what could happen to their children.

Part of BBC series of letters from African journalists, Ismail Einashe learns how a Nigerian mother who had been trafficked to Italy nearly had her son taken away – an experience that many African women in Italy have gone through.